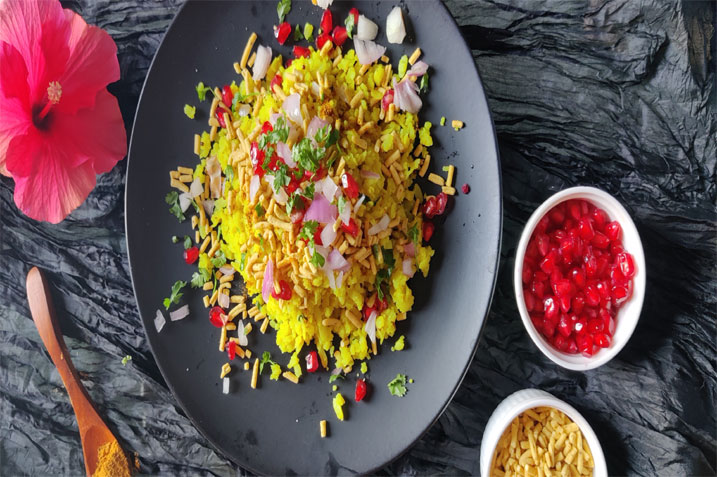 When it comes to breakfast, nothing comes close to the deliciously steamed, fragrant poha that is a breakfast staple in almost all of India . Poha in North India, Chuda in Orissa, Atkulu in Telugu, Aval in Tamil Nadu, Avalakki in Kannada et al, this beaten rice goes by different names in different parts of our country.

To make the poha dish, beaten rice is first lightly washed in water allowing it to sit for a few minutes before it is cooked, tempered, mashed according to what pleases your palette. In different regions of our country poha is cooked differently, drawing influences from that region’s locally available ingredients, commonly used spices, taste preferences, cooking techniques etc.

Now depending on what region you come from, you must have a certain way in which you cook and like your poha, but a little change every once in a while will do no harm, and you never know what might end up being your new favorite poha recipe. Today we are sharing Indori style poha .

The town of Indore in the Malwa region in Madhya Pradesh is renowned for its street food and snacks and is a favourite destination of foodies.

Indori Poha is a style of making Poha or flattened rice like how it’s made in Indore, khatta meetha. There is a special masala added in it called Jeeravan Masala which gives it a very unique taste.

Indori Poha as the name suggests is a special poha dish that’s made in Indore, it’s traditionally served with jalebis and crunchy namkeen.

The best part about this recipe is the different tastes and textures that come together beautifully.

Coming to the taste, it differs from the regular poha because of the use of a special jeeravan masala. You can use the store bought Jeeravan masala or can make at home sharing the recipe below.

How to soak poha so that it doesn’t becomes mushy. 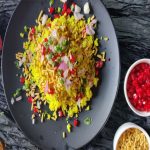 Cooking with lots of love and straight from the heart.

Thank you for subscribing.

we respect your privacy and take protecting it seriously