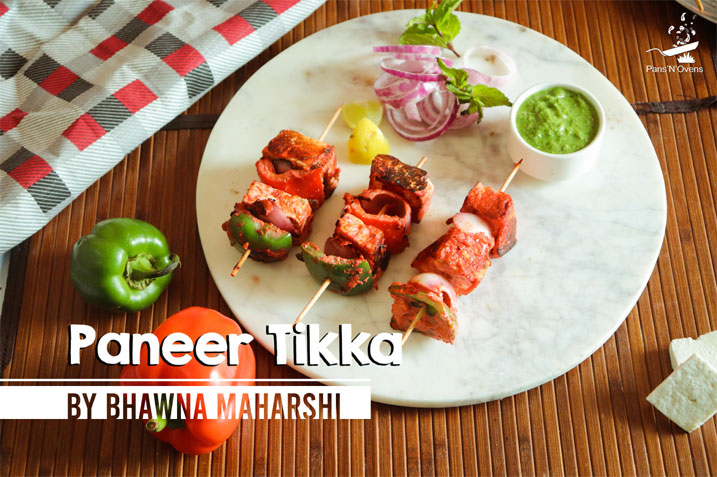 Paneer Tikka is a spicy grilled Indian Cottage Cheese dish. It is hands down one of the most delicious Indian appetizers. Tandoori Paneer Tikka is made from chunks of Paneer which are marinated in yogurt and spices. Additionally diced onions, tomatoes and capsicum are also marinated along with the Paneer.

What is Paneer Tikka ?

How to make paneer tikka

The process is pretty simple, you marinate the paneer with spices and yogurt, let it sit for a bit so that the flavors mix well together and then arrange the paneer cubes along with onion and peppers in a skewer and grill.

However, the taste of paneer tikka lies in its marination of course.

So to make a good paneer tikka you first need to make a very good marinade.

My marinade includes lots of spices and yogurt. You may use regular yogurt too, just make sure to strain it for 3-4 hours before using.

You really need thick yogurt to marinate the paneer cubes.

The authentic way of preparing this dish is to arrange the Paneer and vegetables alternately on a long wooden skewer. It is then grilled traditionally in a Tandoor (earthen oven). 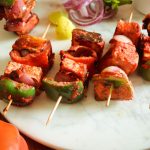 paneer tikka is spiced marinated cottage cheese cubes that are pan-fried on a tawa or griddle.

how to season the tawa or griddle

Cooking with lots of love and straight from the heart.

Thank you for subscribing.

we respect your privacy and take protecting it seriously